Indonesian Oncology Nurses Association (IONA) organized a simultaneous anti-tobacco campaign on the 18th of October 2018 in seven provinces throughout Indonesia. The campaign marked the IONA’s anniversary and responded to the call of the International Society of Nurses in Cancer Care (ISNCC) tobacco position statement that nurses should take the lead in tobacco control activities.

Our message was to take action against tobacco smoke.

In addition to those programs, each IONA chapters created their unique approaches as well. IONA chapter Yogyakarta successfully gathered 100 high school students in Bantul 2 High School and held a photo contest with the theme of an anti-tobacco movement. The photos were uploaded to the @himponidiy Instagram account to be more visible by the young people, the most vulnerable population targeted by the tobacco industry. IONA Yogyakarta will also conduct a continuous community service activities in this high school to sustain the program’s impacts.

The high school students recorded their anti-tobacco declaration and sent it to the local police office as proof of their commitment to avoid tobacco smoke.

IONA chapter Makassar-South Sulawesi held a series of anti-tobacco campaign programs at RSUP DR Wahidin Sudirohusodo. A total of 50 patients and their families enthusiastically participated in the education on the effects of tobacco smoke and signed their anti-tobacco declaration. Our anti-tobacco video was played continuously at the general polyclinic televisions.

Meanwhile in Bali, the anti-tobacco campaign day was also a huge success. The education and signing of the anti-tobacco declaration were attended by dozens of people. The local committee also released the balloons into the air as a symbol to stay away from the dangers of cigarettes.

The simultaneous anti-tobacco campaign was also carried out successfully by the IONA chapter North Sumatra. The activity began with the signing of the declaration “Supporting the Anti-Tobacco Movement” by the patients, family and hospital staff of the Adam Malik Hospital, the public education, and the coloring competition for the children with cancer. The participants said that the anti-tobacco campaign greatly motivated patients, families and all employees to stop smoking and support the anti-tobacco movement.

On the day of the campaign there were several participants who were committed to quitting smoking.

IONA Chapter Central Java organized the anti-tobacco campaign in two places at once, namely Dr. Karyadi hospital and Tugurejo hospital, Semarang, Central Java. The public education and the signing of the anti-tobacco declaration were attended by dozens of patients and families in the polyclinics of the two hospitals.

In Jakarta, the anti-tobacco campaign day was hugely celebrated at the Dharmais National Cancer Center. The entire board of directors of RS Dharmais initiated the signing of the anti-tobacco declaration. Patients, families, nurses, doctors, and staff enthusiastically joined the education program, flash mobs, and various entertaining activities.

Among the feedback from the participants was the intention to spread the dangers of tobacco smoke information to their families and the plan to bring the heavy smokers in the family to get smoking cessation interventions.

This campaign demonstrates the strong intention of IONA to be at the forefront of tobacco control in Indonesia as one of the cancer prevention activities Tobacco smoke and exposure have proven to cause various types of cancer and other serious diseases. We hope to sustain and scale up the campaign across Indonesia.

Treatment for pancreatic cancer varies depending on the stage of the disease. Surgical resection such as pancreatico-duodenectomy or total pancreatectomy potentially can cure pancreatic cancer (McGuigan et al., 2018). Other treatment options such as chemotherapy and chemo-radiotherapy have been showed to increase overall survival (71%-76%), however, patients tend to have recurrent disease within two years (McGuigan et al., 2018).

Given that there is no reliable screening test available to detect pancreatic cancer, education and awareness is key to prevention and early diagnosis.

As part of the World Cancer Day 2019 program the International Society of Nurses in Cancer Care (ISNCC) and our partner the Union for International Cancer Control (UICC) are celebrating the contributions of nursing internationally. ISNCC represents over 60,000 cancer nurses worldwide, all of whom are vital to cancer care and control. 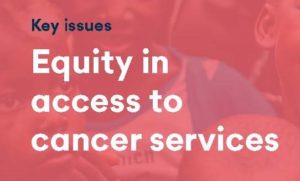 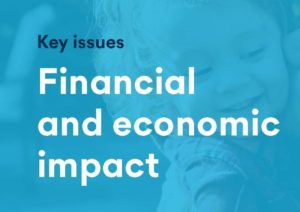 The International Society of Nurses in Cancer Care (ISNCC), founded in 1984, is an international federation of National Cancer Nursing Societies. Globally ISNCC represents nurses from 80 countries. ISNCC’s mission is to lead the global community to reduce the burden of cancer and that nurses worldwide are vital and central leaders in cancer care and control. As an international society the ISNCC will develop and engage nurse leaders and influence global health policy. With our global mission the ISNCC is pleased to announce its new Global Citizen Program.

The Global Citizen
ISNCC has recently launched the Global Citizen program at the International Conference on Cancer Nursing (ICCN) 2018 in Auckland, New Zealand. The program recognizes nurses or other professionals, whether or not they are members of their national society, who wish to support the ethos, objectives, strategy and philanthropic goals of the ISNCC. The program provides various contribution options and benefits to the global community.

ISNCC Global Citizens have access to exclusive functions, benefits and offers including:

For further information, please go to: https://www.isncc.org/ or email: info@isncc.org

Rising to the Challenge of Patient Reported Outcomes 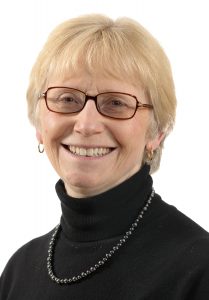 Cancer nurses have a strong commitment to the idea of documenting, interpreting and making use of that which patients report about their own cancer experiences and outcomes. As a consequence, many have taken up qualitative methods in an attempt to shed light on what it is for patients to live with diagnosis, treatment, and survivorship, to engage with cancer care systems, and to wrestle with the social and psychological implications of this disease. Historically, nurses drew directly upon social science methods (such as phenomenology, grounded theory, ethnography) for such work, but increasingly came to realise that such methods were designed more toward building theory than generating the kinds of useful knowledge that nurses need to inform practice.

Over the past three decades, I have been involved with figuring out how the great technique that was invented for social theorizing can be extracted, adapted and reworked to better match the real questions that nurses need to ask. For example, rather than assuming there is a singular dominant experience in any context, nurses will always expect important human variation. In fact, alerting the clinical imagination toward the detection and interpretation of that variation is a fundamental attribute of expert clinical practice. So our research approaches have to be applied rather than just theoretical in order for the knowledge we produce to shape the disciplinary need.

In the early days of qualitative research in nursing, we assumed that neophyte researchers (such as clinicians and graduate students) were best served by following a methodological rulebook. Now we understand that the core foundational ideas of nursing provide a great deal of direction for the “detective work” that constitutes a great qualitative study. We are freeing up nurse researchers to position their disciplinary knowledge needs and professional audiences front and centre in their thinking as they work through study design. Using nursing logic, they can build an accessible and credible line of reasoning from their research question through to its answer. An example from our previous work is a study of patient perceptions of poor communication, considered from the perspective of what we in the care system might actually do to prevent it.[1]

I have been honoured to be part of this ‘movement’ in emancipating qualitative methodology so that it becomes an accessible resource and tool in the hands of thoughtful practicing nurses, and not the exclusive privilege of those with elite academic training. Every day I encounter amazing nurses generating powerful insights with application at the point of care, challenging the status quo assumptions of our care systems on the basis of experiential knowledge they glean from the cancer patients they study, and filling in the gaps in our understanding that population-based (quantitative) evidence leaves behind. In the newly published second edition of my methods text[i], I am demonstrating how nurses build knowledge translation right into their designs, rather than considering it an afterthought. This is not something I ‘invented;’ rather, it is an approach to knowledge generation that I have observed throughout my career as the classic inquiry style of great nurse thinkers. And there are so many from whom to learn! 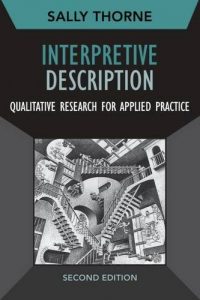